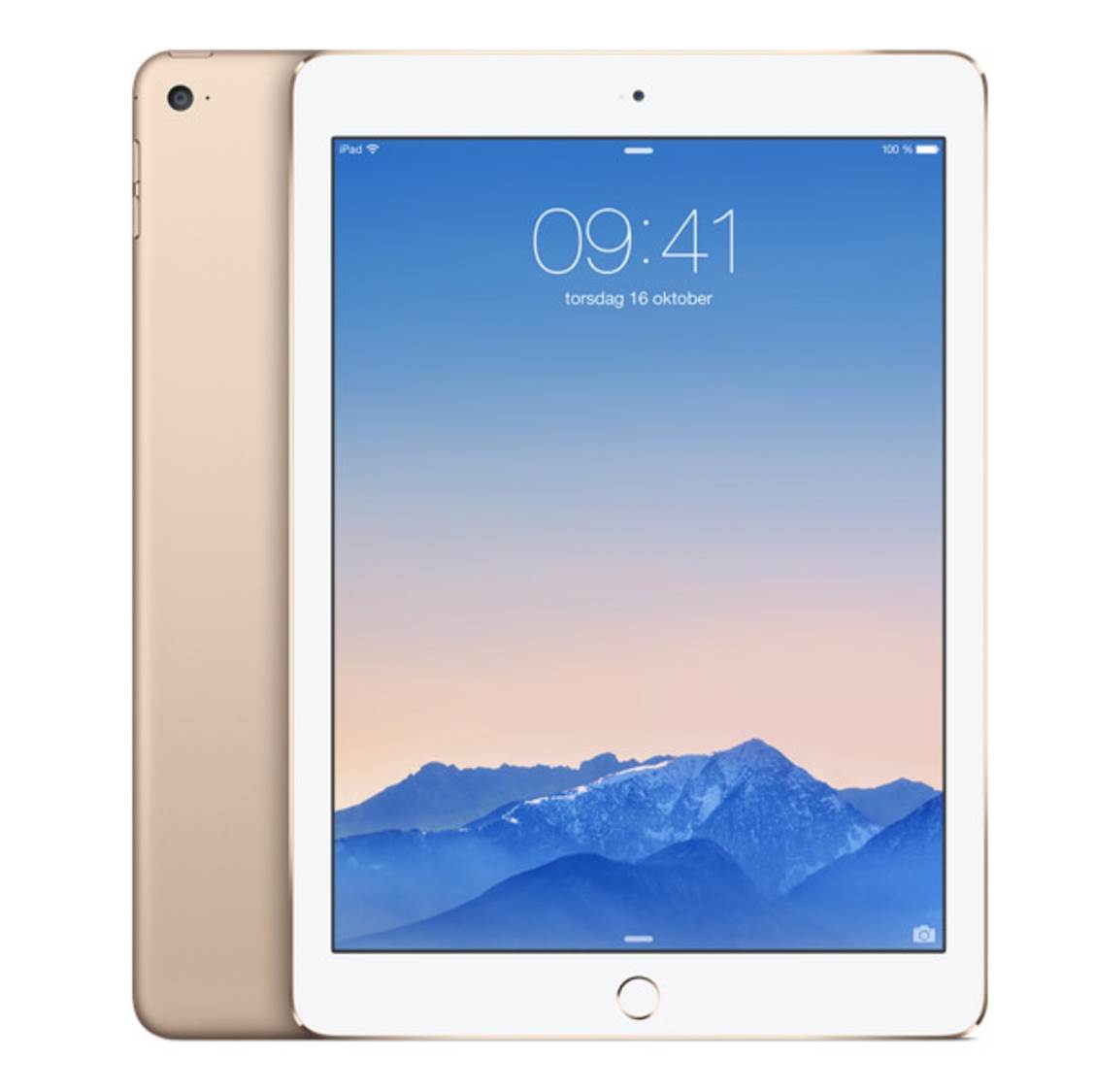 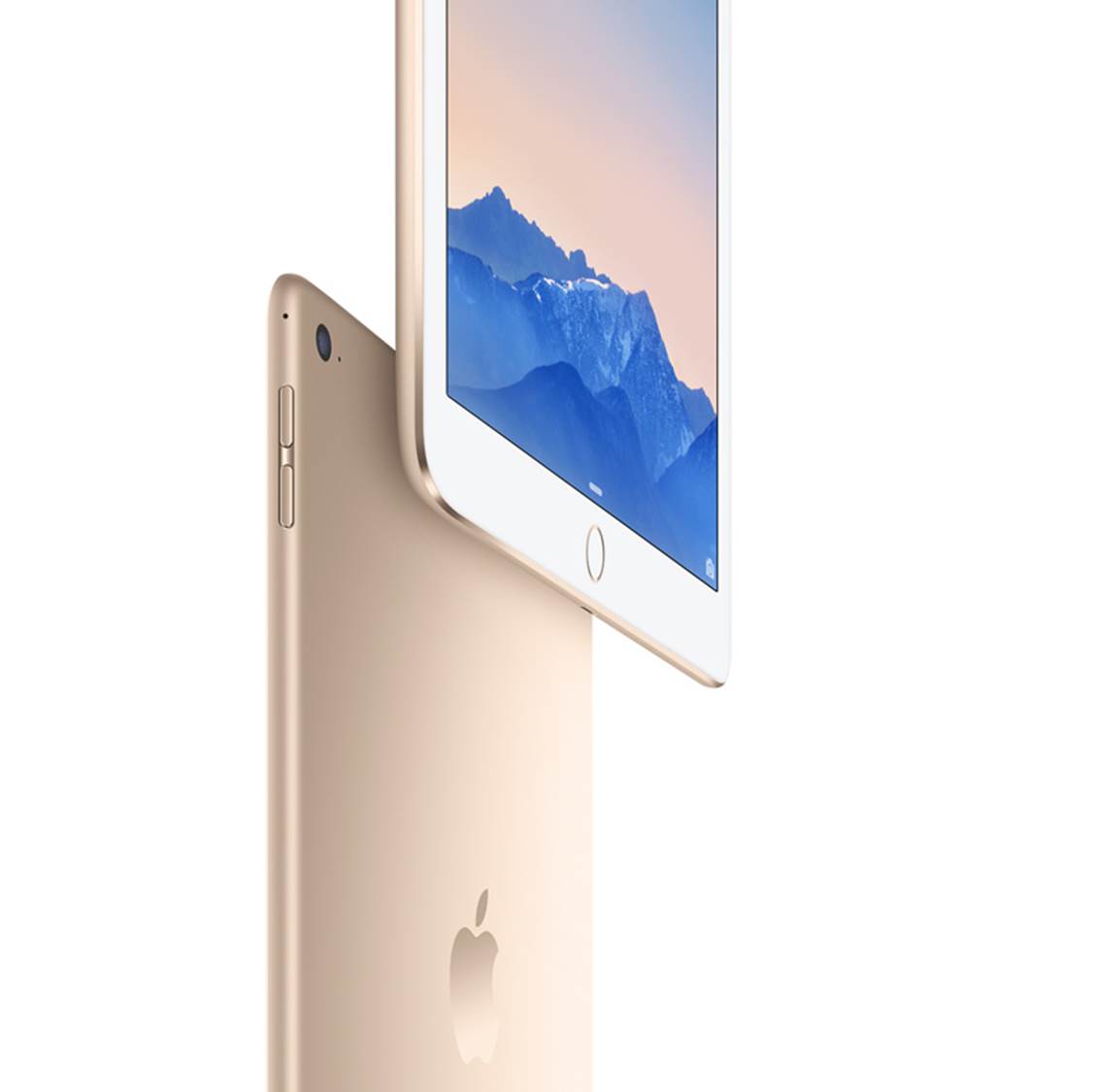 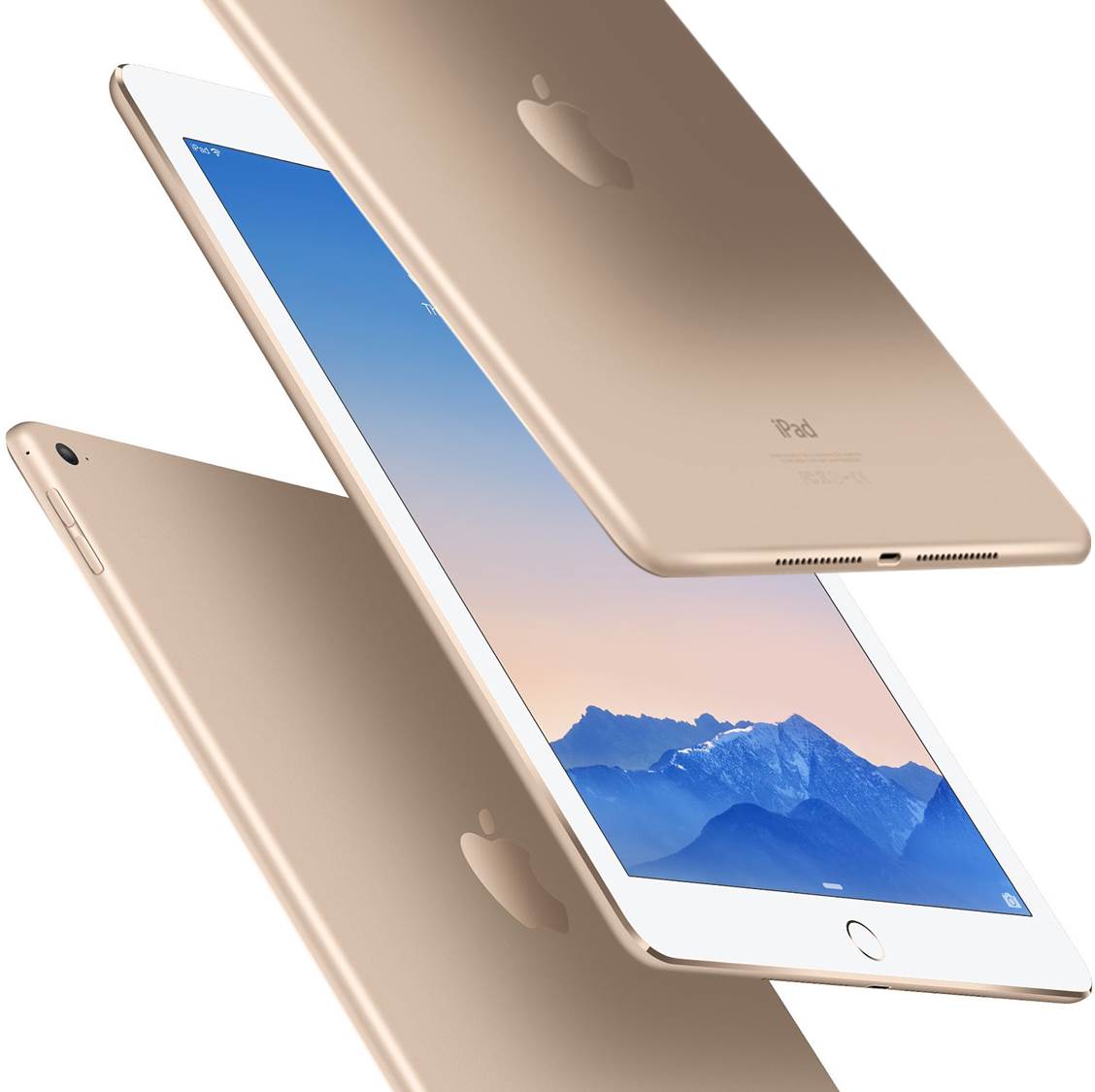 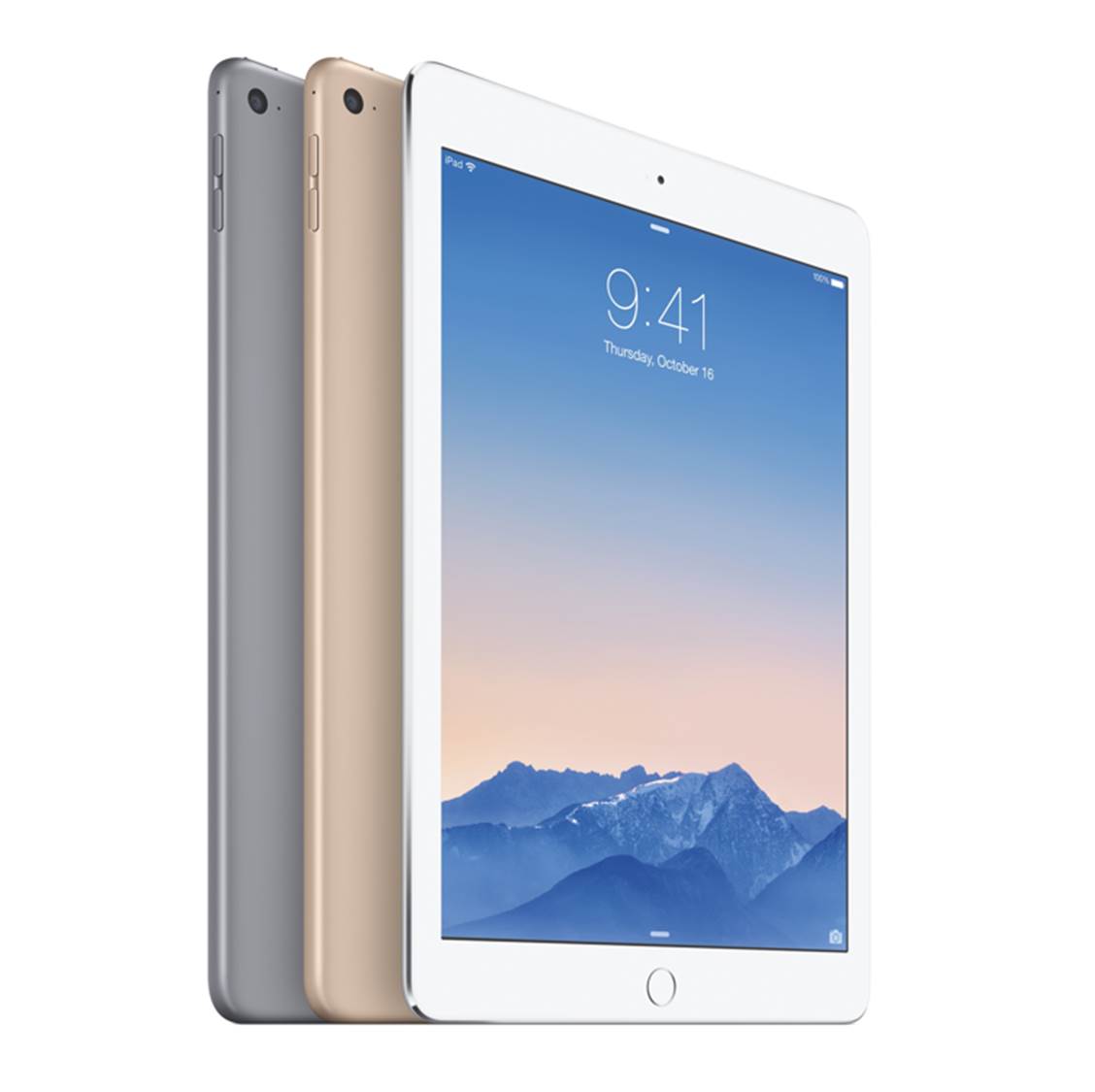 The ﬁrst thing you’ll notice is how incredibly thin and light it is. iPad Air 2 is an impossibly thin 6.1 millimeters, making it thinnest iPad ever. And it weighs less than a pound. So it’s even easier to hold in one hand and take with you anywhere. The displays on previous generations of iPad used three separate components. iPad Air 2 changes all that, combining those three layers into just one. This eliminates gaps between layers, along with the internal reﬂectance caused by those gaps. The result? Colors are richer, contrast is greater, and images are sharper and more vivid. Not only is iPad Air 2 thinner, it’s also a lot more powerful. Apple designed a new chip, the A8X, that delivers substantially better CPU and graphics performance than its predecessor. In fact, with its 64-bit desktop-class architecture, iPad Air 2 is as powerful as many personal computers. It’s power efficient, too, with a 10-hour battery life that lets you work, play, surf, and shop all day long. iPad Air 2 comes with our breakthrough Touch ID technology. It gives you an unprecedented level of security because it uses nature’s most perfect password: your fingerprint. With an improved sensor, advanced optics, and a more powerful image signal processor, the new iSight camera in iPad Air 2 captures incredibly detailed photos and professional-looking 1080p HD videos. The FaceTime HD camera has been redesigned, too, with a new sensor that makes your video calls look better, even in low light. And the large, high-resolution Retina display makes a spectacular viewfinder. A brilliant Retina display that’s so large and sharp you see every nuance as you shoot. With its eye-filling 9.7-inch screen, shooting with iPad Air 2 is like looking through the viewfinder of a high-end SLR camera.